Altcoin Dominance Exceeds 50%, What This Means For Bitcoin 
On-chain data shows the trading dominance of altcoins is now more than 50%; here’s what this may mean for Bitcoin.

Altcoin Trading Dominance Has Increased To More Than 50%

As pointed out by an analyst in a CryptoQuant post, sustainable moves in the market have usually started with Bitcoin going up first. The “trading dominance” indicator measures the percentage of the total trading volume that any crypto is contributing.

When the value of this metric rises for any coin, it means the volume share of that particular coin is going up, showing that there is increased trading interest from investors. On the other hand, declining dominance suggests the coin is losing steam as not many holders are trading it compared to the rest of the market.

Historically, Bitcoin and Ethereum have dominated most of the market volume, as their combined dominance has usually stayed above 50%. However, there have also been some points where the altcoins (other than ETH) have flipped the picture.

The below chart displays the trend in the dominance of these altcoins over the last year and a half: 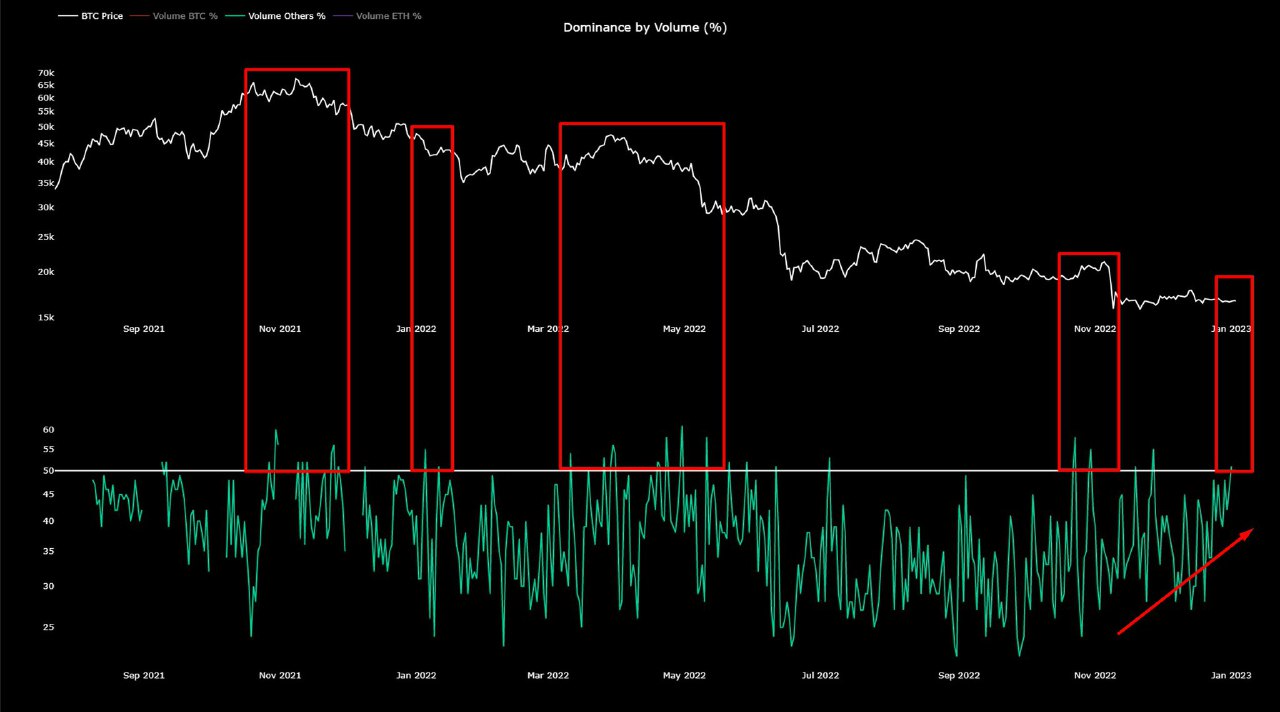 Looks like the value of the metric has seen some rise in recent days | Source: CryptoQuant

As shown in the graph, the dominance of altcoins (minus Ethereum) has recently increased, and the metric’s value is now greater than 50%. The quant has highlighted previous instances of such a trend in the chart.

It would appear that usually whenever these altcoins have occupied the majority of the trading volume, the price of Bitcoin has followed up with some decline. According to the analyst, the dominance of altcoins generally rises above this mark when investors are becoming bored of BTC, so they start trading alts instead. Since these coins, in general, carry a higher risk than BTC, their prices are fragile and easy to squeeze.

Because of this, price moves that start with altcoins can be unstable. The quant lists the 2018 ICO bubble, the bull run in the second half of 2021, and the ETH merge as some extreme examples. On the other hand, moves where Bitcoin has rallied first, and Ethereum/altcoins have followed have been more healthy and sustainable.

If the historical occurrences of altcoin dominance spiking above 50% are anything to go by, Bitcoin could see a decline soon. However, it’s not certain, as there have been a few lone spikes above this level before that never ended up causing any noticeable effects on the market. Also, even if a decline occurs, its degree may not be as intense as in some previous examples. 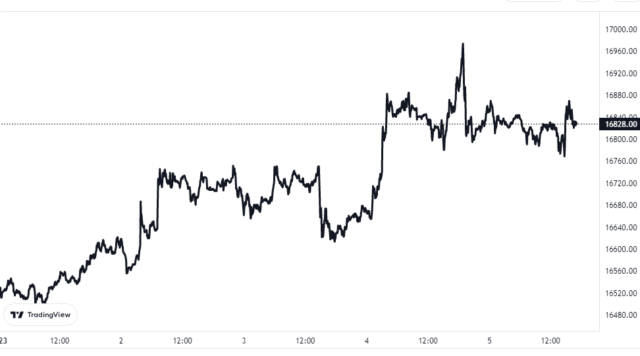 The value of the crypto seems to have moved sideways over the last couple of days | Source: BTCUSD on TradingView

Featured image from Kanchanara on Unsplash.com, charts from TradingView.com, CryptoQuant.com

91% of Cryptos From 2014 Have Died, While Bitcoin Continues To Thrive